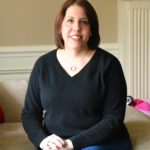 Laura Genovese-Behrmann was first elected to the Board of Education in 2008 and is currently seeking her fifth term as a Trustee.  In that time, she has served on a number of Board committees, including negotiations, personnel, policy, finance, community outreach, and the referendum committee.  She has served as the Board’s President since 2017.  In addition to her service with the Board, Laura is a Trustee of the New Bridge Medical Center Hospital Foundation and an Administrative Member of the Ramsey Rescue Squad.  She is also active with Boy Scout Troop 31, the Ramsey Soccer Association, and the Lutheran Church of the Redeemer.  She is a former member of the Advisory Board of the Boys & Girls Clubs of Lodi & Hackensack and previously served as a Commissioner of the Ramsey Department of Public Works.  She is a Past President and member of the Junior League of Bergen County as well as a Past President and Honorary Member of the Ramsey Ambulance Corps.

Laura is a lifelong Bergen County resident and the product of public education.  She has been a Ramsey resident for 21 years.  She graduated from Drew University with a B.A. in Psychology, cum laude, and Seton Hall University School of Law with a Juris Doctorate degree.  She is an attorney admitted to the NY and NJ Bar, the United States District Court of NJ as well as the United States Supreme Court.  She is currently an Assistant Vice President in the Environmental and Mass Tort Claims Department of AIG.  Laura’s husband, Brian, is a lifelong fourth generation Ramsey resident who is also extremely active in the community.  They are the parents of Connor, who is in seventh grade at Smith School, and almost 3 year old Madison, a future Ram.